Take Care and Be Safe

The Clear Thinking Campaign helps us sharpen our own personal skills so we get better and better at dealing with the challenges in our lives.

But when we interact with others it’s important to take special care because we can inadvertently create an uncomfortable situation for ourselves and even put ourselves in harms way. Especially when we think we can change others.

Interacting with and confronting people on Facebook and Twitter is one thing, but it can be quite a different matter when we’re dealing with the real human beings in our lives – the people we live and work with.

First, the Clear Thinking Campaign cannot help us understand WHY people behave the way they do because it’s far too involved to tackle here.

Second, the Clear Thinking Campaign cannot help us with HOW we can effectively help other people get past their challenges in thinking clearly because again, there are no simple answers or techniques.

What the Clear Thinking Campaign CAN do is help us notice things so that we see more clearly and defend ourselves against all the confusion that tries to weaken us, get us to react emotionally, and take advantage of us.

Let me tell you a personal story of when I tried to help someone I really care about and it backfired on me in a big way.

One day a couple of years ago I was at a party and I heard this guy talking. I was really impressed with him because he was making lots of insightful statements. I started chatting with him and discovered we shared a special interest in a particular topic. He has since been working with me on one of my other projects. We’ve bonded as friends and call ourselves brothers now. I consider it a privilege to have him in my life.

Occasionally I would notice that Geoff would say things that were inconsistent with other things that he said which surprised me. Every once in a while I would gently point out the inconsistencies. He had some particular beliefs he was very certain about, even though they clashed head-on with his other beliefs.

Geoff is in his mid-twenties and I just let him be because I know he’s very curious and a go-getter and he’ll sort it all out in the years to come.

My buddy Nate and I started thinking that maybe Geoff would be interested in attending a multi-day conference that does a fantastic job of helping people see the world far more clearly in just one long three-day weekend. Both Nate and I loved the course, so we suggested it to Geoff. He said he trusted us and agreed to it.

On the final day of Geoff’s intensive conference I came to the last segment that was open to friends and family and I sat with Geoff. He told me his experience was a real eye-opener and he wanted to talk to me after it was all over. I was so happy for him and I couldn’t wait to hear about his experience. 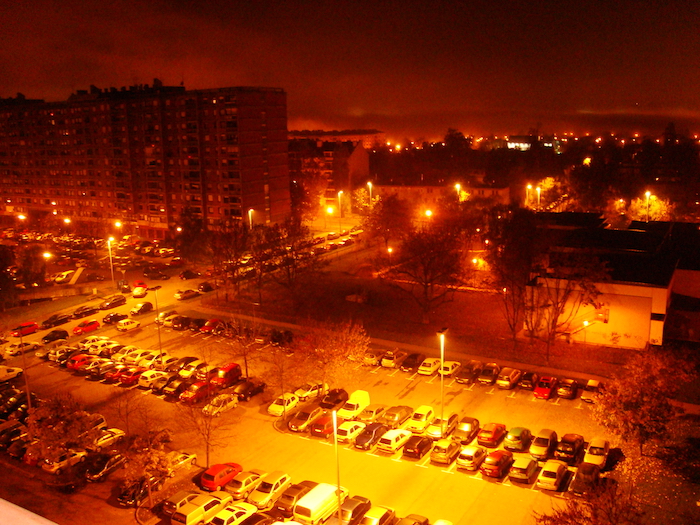 When the conference ended and we walked out to our cars I found out he thought the whole thing was a total scam. He was so upset that he wrote me a letter and asked if he could read it to me. As we stood under one of the super bright lights in the far corner of the giant parking lot, he proceeded to unload on me. He threw everything he could think of at me. It was a “cluster bomb” of stuff and he made it personal even though none of it had anything to do with me. He asked me how I could do this to him. Wow. I didn’t even know where to start.

Well, everyone who knows me knows I’m an expert in clear thinking and I can’t be messed with. Geoff didn’t have a chance against me. Bring it on. (Notice me reacting emotionally here; not the best choice!)

So there we were, two men yelling at each other under a halogen parking lot light. At one point it felt like things might devolve into throwing a couple punches. Geoff was seeing red and he totally hated my guts. I was so confused.

I’ve learned to try to always be empathetic during stressful experiences, so as we were arguing I found myself feeling so bummed he had such a severely negative reaction to the conference. I imagined him sitting in his chair fuming for three straight days.

I know it’s important to let people get things off their chest because logic and reason are usually unavailable when emotions are running high.

Geoff finished his diatribe and said he never wanted to see me again. Fine.

We walked to our cars in silence, and then as we were about to part I sighed and said “I love you Geoff. I’ll talk to you tomorrow brother.” I’m certain that really pissed him off! He didn’t say a word.

The next day I texted him and apologized, and he eventually responded.

In this case there was no need to talk about it. I know Geoff well enough to know he’ll sort it out. And it seems now that he definitely has.

Over the year that followed his experience at the conference, Geoff’s behavior seems to have changed. He got a new job he loves, a new car, and his life seems to be constantly moving forward faster than it was before. He now seems to be more consistent in what he says. I love this guy, and I know to just leave him be on his journey. The best thing I can do for him is to take a stand for him and be his advocate as he moves forward.

This is MY story of MY experience, of course. His story of what happened will certainly be different. Someday over a beer I’ll finally get to hear what Geoff experienced. There’s no need to force that conversation because the fireworks after the conference is irrelevant to our friendship which means a lot to both of us.

What happened here in this story is that, even though Nate and I absolutely loved this conference and we both got so much out of it, it was just too much too fast for Geoff.

It’s easy to assume others will have a similar experience to ours, but we’re all complicated mixtures of human traits that are invisible to others and there’s no way to tell how anyone else will react to something that may work for us.

For many people, including Geoff, taking a jackhammer and breaking apart their world and then rebuilding it in a 3-day weekend is just not the way to go, and people can react violently.

Please keep this in mind.

By far, the best way to affect people around us is to be the best example of someone who thinks clearly and can sort out the world. They can see how relaxed and calm we are and hopefully follow in our footsteps when they’re ready.