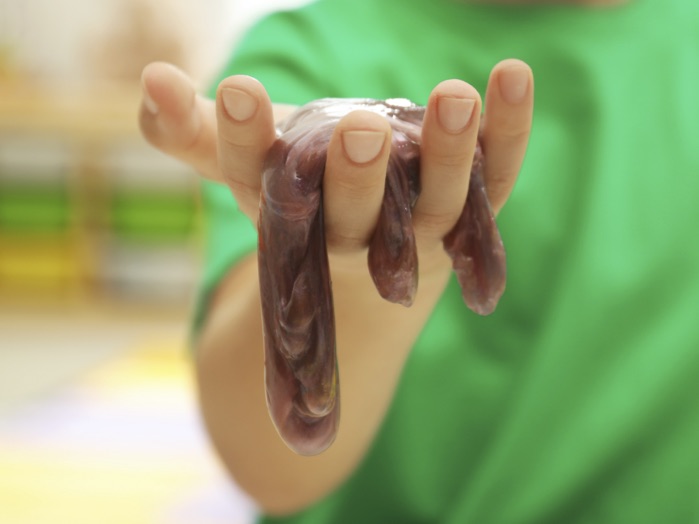 If there’s any card in this deck you come to understand really well, let it be this first one – about how confusion works.

“Confusion on purpose” is meant to make a person or a thing super slippery and almost impossible to get a grip on – like a handful of slime.

Confusion tries to make logic and reason useless so we’ll resort to reacting emotionally instead. And once we react emotionally then we become easier to manipulate and polarize, exactly as the confuser intends. This includes making us throw up our hands in frustration and just not care anymore. Boom.

But once we get a grip on how confusion works, well, now we’re wise to it. There IS a way to get back to logic and reason. As a result we’ll have a huge sense of “traction” moving forward, and a sense of freedom too.

Then, in turn, we can help others understand confusion. This is how we dissolve confusion on a massive scale – together. There’s no other way.

What are we noticing?

We’re noticing the Confusion Sequence and how confusion works.

We learn the meaning of Gaslighting which refers to confusion on purpose.

We learn to Catch and Release our emotional response to confusion.

We learn how to deal with a cluster bomb of confusion.

Sometimes we can watch confusion being slowly constructed right before our eyes.

People can slowly confuse an event or fact as time goes by.

Confusion has been used to control people for millennia.

For example, an unscrupulous person first systematically confuses a large group of people, even a nation, and this weakens them and makes them vulnerable. Then the confuser steps in and uses everyone’s heightened emotions to align (polarize) the group behind him to “lead them out of the darkness” with him in power. It’s happening all around us still.

But confusion is more commonly used to throw individual people off-balance, weaken them, separate them out, and disable them in a wide variety of ways.

Confusion can also be used as a defense mechanism that helps people cope with a complicated world.

This graphic shows how confusion is used to manipulate us (red path). Let’s imagine someone says or does something confusing, then we have that “wait, what?” confused feeling. As intended, this throws us off balance and we become weakened. We are now at the fork in the road.

The confusion is designed to get an emotional reaction out of us, including apathy. Once we become emotional, we’re easier to manipulate and it’s easier to polarize us into a camp of like-minded people.

It can take mere seconds to travel through this red path from the initial confusion to being manipulated.

What we really want to do is get really good at noticing the confusion right off the bat.

The green path is the way we want to go.  By being able to see immediately we’re being confused, we can take the path that involves being educated about confusion, and with the topic being discussed. This allows us to be set free from the potential manipulation that might result from being confused. This path takes longer and takes effort.

In other words, understanding the confusion sequence allows us to be the master of the confusion, and not the unwitting victim of it.

This is a really interesting term that we hear being used more and more. It’s a great way to slap a tag on any attempt to confuse us on purpose. “They’re trying to gaslight me!”

The expressions comes from a black and white movie from 1944 called “Gaslight” staring Ingrid Bergman, Charles Boyer, and Joseph Cotton. Play the 2 minute trailer here and you’ll have a good laugh. The movie is currently available to rent online on Amazon.

“Gaslight” refers to how Ingrid Bergman finally unravels what’s happening to her as she’s being purposely confused beyond belief by Charles Boyer to achieve his evil objective.  In the same way our houselights dim when someone turns on an iron for instance, in the old days when a house was lit by gas, the lights around the house would dim whenever someone turned on another gaslight because the gas pressure would decrease. Ingrid Bergman noticed the lights dimming when she thought she was home alone.  Ooooohhh.

Play Video
Lastly, here’s a 12 minute unedited TED Talk by Ariel Leve who was severely gaslighted by her family – purposely confused – and how she finally got around it. The secret is to not let the emotional reaction (including apathy) manipulate you.

But we’re humans and we’re going to react emotionally anyway to the things we hear, our experiences in life, and what’s happening on the news. The extremely helpful skill we can learn is called Catch and Release.

CATCH the fact that we just had an emotional reaction and then RELEASE it and let go of it as fast as we can. Think of catching a fish that’s too small and throwing it back in the water. Once we’ve walked away from the emotion, then proceed.

Sometimes people will spew and say a bunch of confusing things and really pile it on thick. This leaves us with the feeling that we have no idea where to start to deal with it. In this case, we probably can’t. That’s the intention.

But this also becomes an opportunity for us to stop and become and observer and ask ourselves whether this person is intentionally confusing us on purpose, or is this their way of coping with the complicated world?

Imagine a well known leader or politician who has done something in front of everyone that causes many if not most people to sound an alarm. Let’s watch as they construct confusion across several days time so that they become slippery and almost impossible to deal with…

Sometimes people can be speaking and create a full set of confusing and contradicting statements in one conversation, sometimes even in the same sentence.

In addition, saying different things at different times gives supporters and detractors to quote the confuser to their benefit. “He said he didn’t do it” or “He outright admitted that he did it.”

Lastly, confusers rely on the fact that people have short memories, and can only keep a few to several things in mind at once, so people can forget about the massive number of times the confuser has purposely confused people.  Causing distractions away from something confusing is another part of becoming slippery.

Confusion After The Fact

At least two things can happen that can cause a very distinct event or fact to become shrowded in confusion. One is that people’s memories fade and they will forget about the event or fact. The other is that someone or group of people will create a narrative and talk about the event in confusing ways to essentially try to rewrite what happened. “Nothing ever came of it.” “It was a dud.” “All the science isn’t in yet.” “It was controversial.” “People couldn’t agree on what actually happened.”

What can we do right now?

Point out the confusion with the confuser, if possible, and try to keep the humans out of the loop.  Point out the thing that’s confusing, and skip the part of the confuser possibly doing it on purpose. This gives the confuser the room to save face and correct their mistake if they choose to. We can even say things like “I know you didn’t intend it, but xxx is confusing. Can you clarify that?” Remember that they don’t have to admit they’re trying to confuse when it’s just as satisfying that we’ve clarified things for everyone else who might be listening.

Avoid allowing it become personal even when someone is trying to make it personal. It’s hard for people to be mad at a situation or an idea so they have a tendency to attack the nearest plausible person and it becomes personal. Try to guide them away from people and toward the situation (either the external circumstances or the language that’s being used).

Catch and Release any emotional reaction you have and then proceed. Easier said than done, of course! But we must try our best.

Develop our “watchful eye” and notice confusion being constructed right in front of us, or changing our memory of a fact or event.

Last but not least, let’s try to be empathetic of those who confuse others, especially if we can tell that it’s a coping mechanism for them. You can find out more about this within the Closed Loop Mind card.  Keep in mind that being empathetic does not give people a pass for poor behavior.  Most people cannot pull themselves out of their world of confusion by themselves.